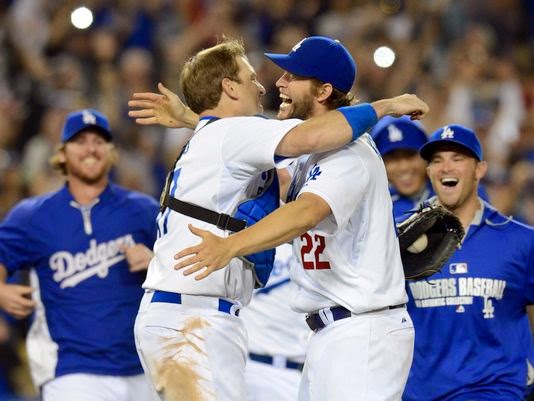 I’ve never been what you’d call a stellar athlete. Don’t get me wrong, I love sports. Probably too much. But I wasn’t blessed with a golden arm or a pretty jump shot. Or coordination.

I used to be awesome on the playground — I once scored seven touchdowns in one recess. No lie. But when it came to excelling on the actual field of play — not so much.

Too small for football. Too slow for track. Too short for basketball. I tried not to let my shortcomings stop me. But they were strong.

I was the smallest running back in the history of the St. Patrick Warriors' football team. I could barely hold my head up with a helmet on. I think I gained two yards all season — if we're only counting positive yards of course. But I never fumbled.

Ran cross country in high school. Certainly didn’t break any records, but I did ok, for a kid with zero-percent body muscle.

Joined the track team in high school too. We won’t talk about that.

But for all my failed attempts at being the athlete I thought I wanted to be, there’s one day that nobody can ever take away from me.

When I was twelve, I threw a no-hitter as a member of the Mauston Dodgers Little League team.

I don’t believe it either. But it happened. Ask any of my closest friends, or my brothers, or anybody else who’s had the pleasure of reliving that day with me over and over again. I bring it up all the time.

Whenever I’m having a bad day, I remind myself, and everybody else, that I once threw a no-no — and suddenly everything gets better.

Whenever I’m in a mind-numbing work meeting and I feel like jamming my pen into the eyehole of the talking head across the table, I think about that day on the mound — and it all goes away.

Whenever I need a reminder of what it feels like to be invincible, I think about the fact that I didn’t give up a single hit that day. And then nothing life throws at me matters as much.

That big day way back in the 80's made an unexpected plate appearance a couple decades later.

I was in a bar, must’ve been in my early thirties (I was in a lot of bars in my early thirties) and saw a face I thought I recognized but wasn’t quite sure of. I was drinking cheap beer with my buddies, minding my own business, when this semi-familiar face walks up to me and says, “is your last name Schultz?” “Umm, yep, why?” I figured I had done this guy wrong somewhere, somehow, so I prepared to get punched. He continued talking, no punches: “I’m Paul Schaller, I was your Little League coach. You threw a no-hitter for us back in the day. You remember that?”

Jesus. Do I remember that? Of course I remember that!! What I couldn’t believe is that he remembered it. I’ll never forget that conversation for as long as I live. This guy, who I hadn’t seen for over twenty years, a guy who’d gone on to live a life of his own and make his own memories, just asked me if I remembered that I threw a no-hitter back in 1983. Unbelievable. Seriously.

I’ve had more greatest moments since then. But I’m not sure anything will ever compare to the feeling of throwing that no-hitter as a kid nobody in the world expected it from. The only feeling that comes close is knowing somebody else remembered it too.

And that's the extent of my athletic accomplishment. And I’m more than ok with that.