Parking Ramp: A recent misadventure amplified by an overthinker. 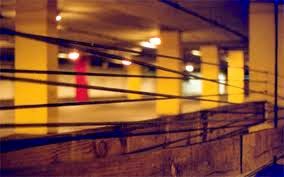 I knew where I was parked. Of course I did. It had only been about four hours. How hard can it possibly be to find a vehicle you just left? Anybody with half a brain would be able to figure out this small-city ramp. This is downtown Madison. Not LAX.

Walking up the humid, stank stairwell my confidence was starting to wane. The voice in my head whispered sweet negatives. Uncertainty turned to frustration. Frustration bred anger. Anger induced a sweaty head.

The piss-stained cement bricks on either side of me were laughing out loud. They knew I wasn’t really lost, but they knew I thought I was. And that’s all they needed. I didn’t look anybody in the eye on the way up. Nobody else needed to know. God it reeks in here. Smells like old beer and regret. Don’t they ever clean this cesspool?

I stepped out onto level P. Nothing looked familiar yet every single car looked exactly the same. Why was the guy in the shitty Toyota just fucking sitting there, staring at me? What did he know?

So many others obviously capable of finding their vehicles kept driving by, mockingly moving towards the exits. My desperation started to run deep. How could it be so dark in here? It was one o’clock in the afternoon for Christ sakes. Was this the end of days? My head was soaked.

I walked around for hours. Or maybe it was five minutes. What did it matter? Does anything really matter?

And then, there it was. Right where I had left it. Way off in the distance in the other ramp, connected to where I was standing by a string of rusted metal beams. I thought about climbing over the wall and tightroping to the other side, but the twenty-five foot drop to the abrupt sidewalk below changed my mind.

That's when the reality of it all hit me. I was standing in a totally different ramp. I walked in the same door I walked out earlier that morning, but I wasn’t even close. How is that even physically possible? How does a grown man who tries so hard to be smarter than everybody else, lose his fucking vehicle in a garden-variety parking ramp? A parking ramp that uses letters of the alphabet, the same alphabet I learned in kindergarten, to keep this very thing from happening.

Whatever. I got in. Turned the key. Cranked the air. And just sat there, exhausted. A thousand thoughts racing through my brain. I needed some time. Time to evaluate my life. Again.

I paid the booth man his five bucks. I hope it was worth it mister booth man. This goddamn car trap you’re running here just ruined my entire day.

The robot arm went up and I pulled out into oncoming traffic, not even bothering to look. Everything was still blurry. But at least there was light. Unlike the rotting hell I had just left.

Finally. Freedom. Until I had to park my truck again in this same shithole the next day.

I felt a single bead of sweat trickle down my forehead.