The 4th of July. Independence Day. The day we celebrate our freedom. A day people blow their hands off lighting fireworks — because they can. 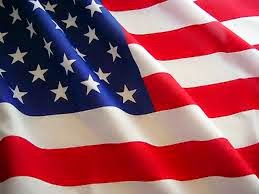 I know a lot of people who think this country is going down the shitter. (I admit it, I sometimes wonder myself.) Many blame current leadership for the mess we’re in. Others believe their constitutional rights are being stripped away. Their guns are being taken away. They’re being told how much soda they can drink. They're besides themselves because people that shouldn’t get married can now get married. The end of America as we know it, is here. Better stock up on canned beets and Spam.

Everybody is entitled to their own perspective. That’s another thing that makes this a great country.

With all the uncertainty out there, one thing I know for sure — things are different now. This is definitely not the America from my childhood. And I’m not even that old. Things are different now because things change. Sometimes for the better, sometimes not. People change too. We’re now a culture that wants everything, right now, because we think we're entitled. Who says?

The economy sucks. The American dream is hanging on by a thread. People seem to go from seemingly normal to bat-shit crazy, at a much faster rate.

Even though these are troubled times, I’m still proud to live here. Still happy that I can pretty much go where I want, when I want. If I work hard, good things might happen. If I stay out of trouble and use good judgment, I get to make my own way. Not every place on this earth can say those things.

So, maybe July 4th shouldn’t just be called Independence Day. Maybe we should call it, “Stop bitching for one day and just realize you’re still free,” day. No anti-America, anti-Obama or “give me back my guns” facebook posts — for just one day. Whattya say? We can do it! This is America! Home of the free — and the bat-shit crazy.