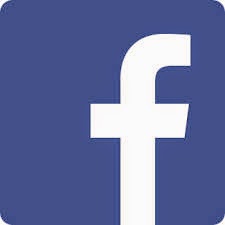 I love Facebook. I’m not sure how we survived without it.

Before Facebook, how did we share our self-serving political views that no one else really cares about? Or tell our friends that Jesus doesn’t love them if they don’t share your post with at least five of their friends? Speaking of, do you think Jesus has a Facebook page? Wonder if he wants to be my friend.

When there was no Facebook, how did we let the world know that we’re at Home Depot shopping for screwdrivers? How did we show everybody that our dog has his own chair at the dinner table? WTF?! Or my personal favorite, what did we do when we weren’t able to post something totally vague just to see how many people would ask “What do you mean?!” or “Tell me what’s going on, I need to know!” Thank you Facebook. Seriously, you’ve made a huge dent in society. A non-repairable, permanent dent.

I’m as guilty as anybody. I post some stupid shit now and then. I use Facebook mostly for venting my sports-related frustrations. It’s like therapy. Once in a while I’ll try to stir things up with an anti-religion post, or throw a political jab in the mix without really knowing what I’m talking about, just to see who I can fluster. It works, and it’s fun.

Recently, I’ve been using Facebook to distribute this blog. It does a good job of hitting a nice wide audience. Beats the hell out of faxing it to everybody I know.

For the most part, Facebook is harmless, usually annoying, and oftentimes ridiculous. But it does what it sets out to do — keep people in touch with people they normally wouldn’t stay in touch with.

But I’ve noticed that Facebook can cause an ugly, burning condition with a greenish discharge — we’ll call it “Facebook envy.” This is what happens when we read a post and think we know exactly what’s going on in that person’s life. We see pictures of their awesome kids, their kick-ass house, their new car. We hear how much they love their incredible spouse, how smart their dog is, how important they are at work.

All this awesomeness can stir up some envy if you let it. If you’re not careful, you can start to compare your life to the lives you think your Facebook friends lead. But things are rarely what they seem.

I think most of us will admit, social media is mostly a cry for attention. It’s a call out for a boost to our self esteem. It’s a way to market ourselves and get noticed. It’s a chance for people to tell us how awesome we are, even if we’re not that awesome.

I know when I say something on Facebook, I want to be heard. I take pride in how many “likes” I get. I love getting reactions. That’s a self-esteem thing, I don’t care what you say. We like to be accepted, and a Facebook “like” is like a tiny little piece of acceptance. No two ways around it. We like to be “liked.” In fact, we need to be “liked.”

But that’s okay. Use it for what it is — a way to reach a bunch of “friends” all at once, to be seen, to be heard — and to annoy the shit out of people.

I’m going to go post this to Facebook now. Then I’m going to sit back and gauge my self worth by how many “likes” it gets. No pressure.