I hate politics. Not because I’m anti-government or anti-America. And not because I’m some kind of firestarter who wants to fight the power every chance I get. No, I loathe politics because of what politics does to people.

Some of the things I hear and read from people who sit too far on one side – it blows me away. And in many cases, these are generally likable people. But when they open their mouths and spew their political ideals, they prove just how closed their small minds are.

“I deserve free education and the government should pay off my student loans.”
“I should be able to tell people who they can love and marry.”
“I should have guns. Because a bunch of white dudes in white wigs and wooden teeth who've been dead for over 200 years, said I should.”

I’m all for believing in something. And standing up loud and proud for whatever it is you believe in. But when your head is so full of your own selfish perspectives that you become blind to anything and anyone around you, that, to me, is a huge part of what’s wrong with us right now.

I sit closer to the middle. Not because I’m wishy-washy. You can call me that if you want. I don’t care. I just don’t believe the world we live in is black and white. There are shades of gray everywhere. And the people who can’t see those shades of gray scare the shit out of me.
And it’s getting scarier every day.

So what does it all mean? I don’t know. I don’t think there are any easy answers. Beliefs are ingrained and in-depth. Changing minds and shifting perspectives can be nearly impossible. Especially when dealing with rusted-shut viewpoints.

Guess we just have to learn how to deal with the fact that some of us will never see eye to eye, because some of us can’t see more than an inch beyond our own face. I just wish our differing points-of-view would stop killing us. 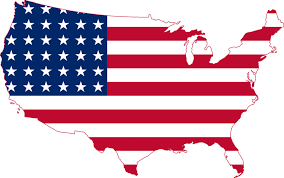 Speaking of God.
Want to talk about religion?
Me either.