The Internet Broke My Brain 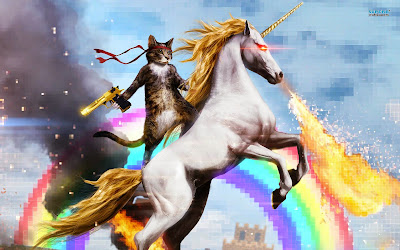 I think the Internet broke my brain.
Seriously. I can’t read anymore. At least not like I used to.

I have the attention span of a goldfish hooked on amphetamines. Every time I try to read anything — a blog post, the newspaper, the back of a ketchup bottle — I get lost. I have to re-read a sentence four times just to get it to sink in.

It’s not fair. There’s a sad stack of half-read books on my nightstand, waiting for me to come back. Some have been waiting for over a year. Some will wait forever.

But that was a long, long time ago in a land far, far away from here.

Now I don’t read so good. And it’s all the Internet’s fault.

Especially Facebook. I actually blame Facebook for everything. But seriously, Facebook, Yahoo, YouTube, LinkedIn, Deadspin, and the slew of other senseless sites I feel the need to waste my brain space on — I hate you. (And I love you.) You have turned a once avid reader into a jumpy, jittery scanner, constantly skimming but never really consuming.

Sure, I might have a touch of the A.D.D. I see shiny things and squirrels everywhere. When I’m talking to you I’m typically twelve miles away less than 30-seconds in. But it’s more than that. I honestly believe the Internet broke my brain.

And I know I’m not alone in this wandering wasteland. We’re all pounded with non-stop noise every waking moment. The Internet is busting at the seams with crap the brain thinks it needs. And it all moves way too fast. I was halfway through an article the other day and it literally became old news right before my bloodshot, screen-strained eyes. When is enough, enough?

I deleted the Facebook app from my phone about a week ago. I’ve downloaded it again several times, but it’s back off. For now. I’m hoping small but potentially life-changing moves like this will eventually help me find my focus again.

Throw in a little mindful meditation here and there, maybe sprinkle in some Ginkgo Biloba, and I’ll be sailing the seven seas again in no time.

But first, I have to upload this blog post — to the Internet.