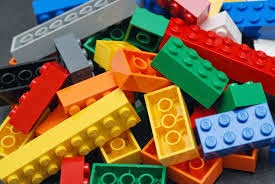 A couple Saturdays ago I was watching cartoons with my 7-year-old nephew. He’s a super sharp kid. He builds entire working cities out of mismatched Legos. He knows the name, rank and family history of every single Star Wars character — even the background players. He watches online tutorials on how to get even smarter. Sure, he likes the Minnesota Vikings because their jerseys are purple. But he's still smarter than a lot of adults I know.

When he was little, he was a big Yo Gabba Gabba fan. He’s moved on to more sophisticated shows now, like Adventure Time. But when a promo for his old fave Gabba came on, he asked “What does ‘Yo Gabba Gabba’ mean?” Great question. If he didn’t know, how the hell was I supposed to know? It’s most likely some jibber jabber conjured up by a roomful of stoned writers. But because I didn’t want to explain what stoned meant, and because I needed to prove that I was smarter than a first grader, I decided to tell him it was just some catchy words that were fun to say but didn’t really mean anything.

And that’s when my brain switched over from Saturday morning cartoons, to the reason for my being.

Was he right? Does everything have to mean something? Or are some things just because?
Does anybody really know? Are we supposed to know? Why am I here? Where am I right now?

My head started to hurt.

Religious people have their answers. And the Zen-like probably know. I envy them. It must be a good feeling to be sure of something so uncertain. I guess I base my beliefs on hope, as in, I sure as hell hope that all of this isn’t happening just because.

I can’t deny that some of the most important people in my life have arrived at the just the right times. I think that’s more than coincidence. And when I stop to realize that every single second of my being so far has led me to where I am right now — that kind of blows me away. It all has to mean something bigger. Right?

What if it is all just one big random act of chance? You ever look up into the night sky and think about how small you are in the universal scheme of things? It’s crazy, beautiful, mind altering — and scary as shit. The stars have a way of making you feel incidental and indispensable at the same time.

And then there’s this — what if you were never here? Think about all the stuff that would’ve never happened and all the other people that wouldn’t be — just because you never were. Whoa.

So many really big questions. So many different answers.

I’ll ask my nephew. He’ll know what’s going on. He’ll tell me how it is.
And then he’ll build a self-fueling, turbo-powered rocket ship from a pile of multi-colored plastic blocks. And that will give me all the answers I need.