It's all my fault. 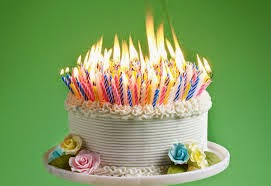 People piss me off. On a daily basis. I frustrate easily. Not sure why. Actually, I do know why. But that topic is too big to touch right now.

There are some people that actually give me the anger sweats when I look in their general direction. I have a very low tolerance for lazy. I can’t stand the self-serving. I loathe the inconsiderate. I hate the disrespectful. And I want to smash the spineless.

But even though my list of pet peeves is long and my tolerance levels short, there’s absolutely no reason whatsoever I should ever let anyone else determine how I feel.

It’s true. Other people can’t piss you off — you have to let them piss you off. They have no control over how you react or feel. Only you do. Seems cliché but it’s real.

It’s kind of a catch-22 or a conundrum, or whatever you call something that turns itself on it’s own head — people frustrate me, I let them piss me off and then I get pissed off at myself for letting them piss me off. It’s exhausting.

I wish I could say I won’t let it happen anymore, but that’s not true. It will happen again. And again. And probably again. I’ll work on it, but it’s kind of how I’m wired. It’s not easy to rework 43 years of wiring. But I’ll try.

Seriously, did I just day 43? Goddamn!

Speaking of getting older…

It’s my birthday tomorrow. My gift to myself — not let a single thing anybody else does or says piss me off in any way. Tomorrow is mine. And I’ll control everything I feel. At least for a day.

After tomorrow? I’ll worry about it then.